Choosing a secondary school takes considerable research. One of the earliest considerations for parents, along with a school’s sector, is its gender: coeducational or single-sex. While the vast majority of Australian schools are coeducational, single-sex schooling is a popular choice for many families. Although there is no conclusive evidence as to which style of schooling works best for whom, most people have an opinion one way or the other.

We present some of the latest news on gendered schooling in Australia.

How popular is single-sex education?

Data from the Good Schools Guide shows that coeducational education dominates. In New South Wales, 84 per cent of secondary schools are coeducational. This is even higher in Victoria, at 87 per cent, and Queensland, at 90 per cent.

What are the benefits of single-sex and coeducational schooling?

There’s no certainty as to the ‘better’ schooling option — each child is different and schools vary so much that comparing them on one factor alone is flawed in itself. This being said, there are many arguments on both sides.

Supporters of coeducational schooling push the advantage of students being educated in an environment that mimics real life, while also being provided access to what is often a broader range of study and extracurricular options — in part due to larger enrollments but also opportunities in areas typically taking smaller intakes from either gender. Single-sex education also have reported benefits, such as the ability to cater for the learning style of either male or female students. This adds to a learning experience free of distraction, particularly in the secondary years.

What does research say?

A study of more than 20 countries in 2014, which sought to establish the extent to which single-sex schooling leads to superior academic outcomes, found there to be a negligible difference between coeducational and single-sex schools. Likewise, prominent education researcher John Hattie notes that there is little to suggest that gendered schooling offers any academic advantage. It is more likely for factors such as socioeconomic status or parents’ background to influence students’ performance than attending a single-sex or coeducational school.

Anna Dabrowski’s article for The Conversation provides a more detailed run-down of current research, pushing the argument that there is no place for gender-segregated schooling in the modern Australian education landscape. Dabrowski reasons that, just as it isn’t acceptable to separate students on the basis of race or culture, segregation based on gender is becoming outdated.

How can parents make the choice between single-sex and coeducational schooling?

Like choosing a particular location, sector or religious affiliation, sending your child to a single-sex or coeducational school comes down to personal choice. Your decision may be based on any number of factors, such as family tradition, desire to have your child educated in a particular faith or context, or the academic performance of a particular school. For parents selecting a government school, coeducational schooling may also be the only options — only a very small proportion of government schools offer gendered options. 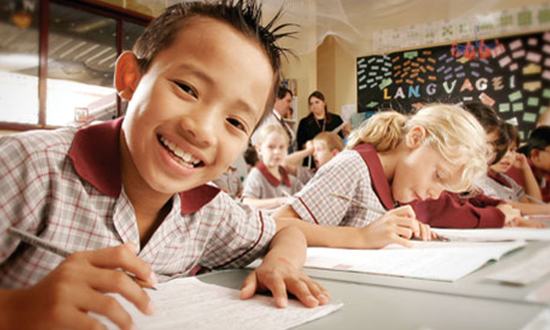 Gonski 2.0: A quick guide to what you need to know