Shortages of teachers in rural areas is nothing new. In fact, it has been a problem for more than a century, as teaching graduates struggle to deal with a range of issues, from isolation and unfamiliarity to limited resources and distance from the city.

Fortunately, an independent review into regional, rural and remote education was commissioned by Education Minister Simon Birmingham in February, with the final report expected by the end of the year.

This is a serious topic given how many students attend regional and remote schools, thus it’s important to identify why so many teaching grads struggle to adapt to the country.

Why is this happening?

One of the main reasons for this predicament is that teaching hopefuls see rural schools as a stop gap — finish their degree, spend one or two years in the role and then apply for a gig closer to the city, with experience to bolster their CV. This is an understandable career trajectory, especially for those who grow up in a metropolitan environment, but it is vital that at least some proportion of teachers in regional areas are planning on being there for a while.

This is not a phenomenon limited to the education profession. The old notion of spending decades at a single company is a thing of the past in an economy where tools like Seek and LinkedIn allow full-time workers to constantly compare their current jobs with prospective ones.

Another factor is the lifestyle. The differences between the country and the city are obvious, and the availability of facilities such as gyms, entertainment complexes and shopping centres, as well as diverse dining and nightlife options, can make metropolitan schools a more attractive proposition.

A lack of resources in remote schools might not be an issue initially but it can certainly become one over time. Schools with small budgets and a lack of government assistance can be prone to lagging internet and outdated technology, which can make it difficult for teachers to do their job to the best of their ability.

What can be done?

There is no obvious answer that springs to mind that will solve these various problems. Perhaps it includes financial incentives for young teachers who spend a certain number of years at a rural school, or maybe regional-centric personal development that could lead to more senior roles in other remote communities.

It is naïve to think there is some magical quick fix, but for the sake of regional schools and students, hopefully inroads are made sooner rather than later. 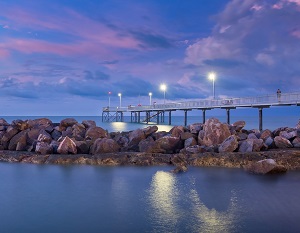 Best schools in the Northern Territory

Has Gonski missed the mark with needs-based funding?

The importance of digital literacy